If you’ve been thinking about volunteering with CSGS, or know someone who would be a perfect addition to the CSGS Council, now is your chance! Join the CSGS Council, represent your student body on our council and help enhance the FCS Community.

All nominations have to be submitted to the Elections Officer, via email, and include the following details:

The nominations will be accepted until March 15th (by 11:59 PM). The CSGS Elections officer will then email those who are nominated and give them the opportunity to accept or decline the nomination. This will be followed by a voting period that ends on March 29th (by 10:00 AM). The elected council will be announced soon after. 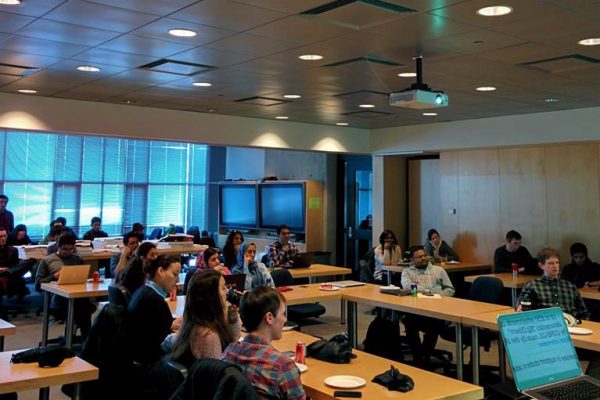 Photo from the 2016 AGM and Elections

We are currently accepting nominations for this year’s Computer Science Graduate Society (CSGS) council. The following positions are available:

This year’s CSGS election will decide the selection of up to 5 candidates for the executive positions (as a group), the individual program representatives and the member at large. Following the election, the newly elected council will vote on which of the candidates chosen for the executive will fill each of the specific executive positions.
Our detailed elections policy is available in By-Law (B) of the CSGS constitution).
Only CS graduate students will be eligible to vote during the elections.

Follow our Google Calendar to find out event details, or add our events (click on individual calendar items) or calendar (click the +Google calendar button) to your own!